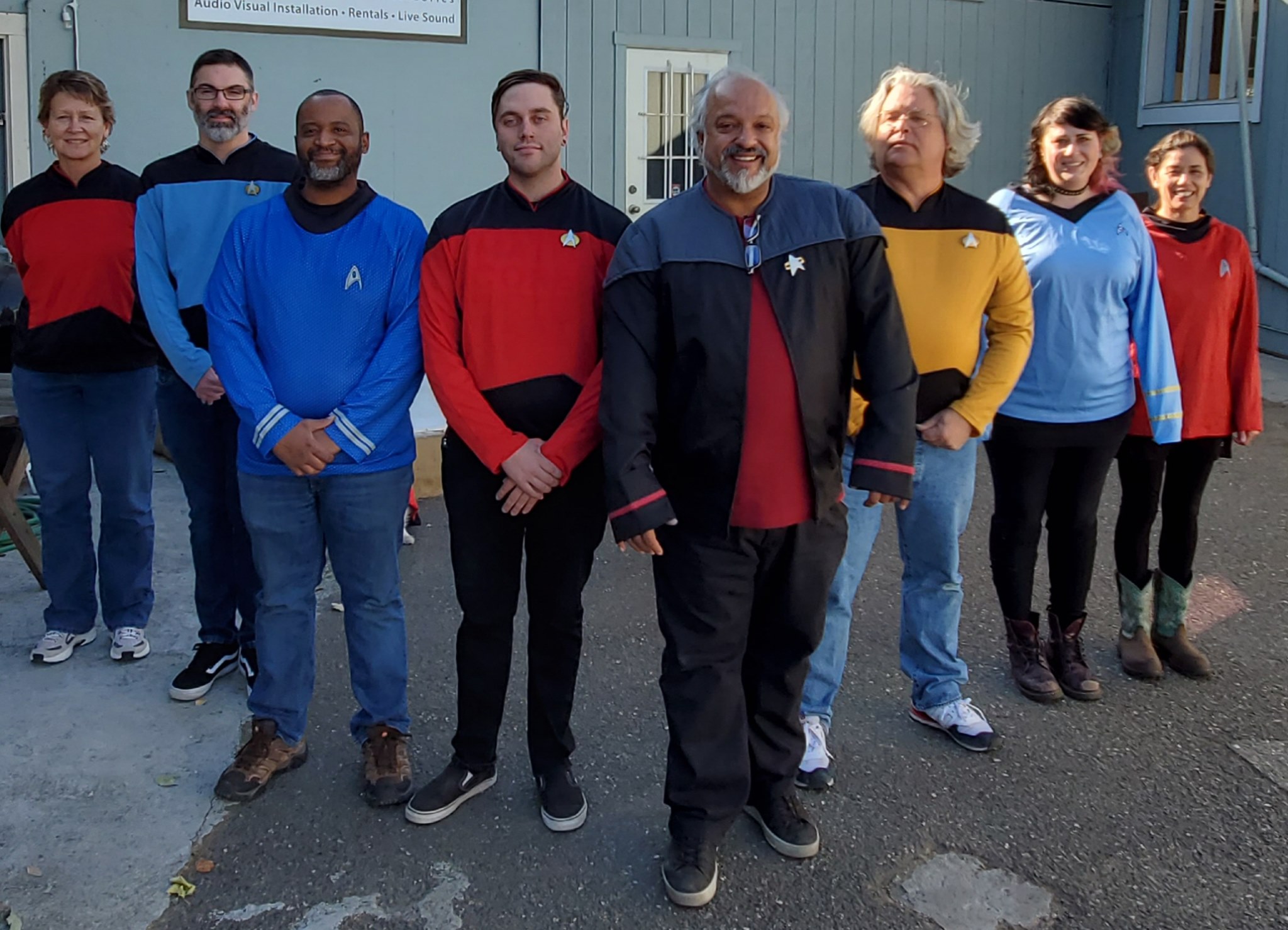 Loud and Clear’s rise to prominence as a brick-and-mortar music store in the age of internet shopping is more than just a feel-good story—it’s a lesson in stalwart business practices, hard work, and the value of community.


Loud and Clear’s journey began 10 years ago, when Neville Hormuz, a former employee of the recently shuttered music store and Cotati institution Zone Music decided to open a new business focusing on commercial audio-visual installation. Along with a handful of his former colleagues, Hormuz, his wife Marie and ex-Zone sales manager Sean Wilburn decided to open a small office for the contracting business in the former Zone storefront.

When they began construction on the space, passersby would pop their heads in and ask about Zone Music. Some recognized the former employees and inquired if (or assumed) they would be selling instruments soon. It didn’t take more than a few times before the Loud and Clear brain trust decided to give retail another shot. But this time, they’d have a new tool on their side: a mix of new and consignment instruments and gear.

The idea not only made business sense, but it fostered a sense of community with musicians coming in from Cotati and beyond to sell their unused instruments. The new store was a hit, and soon Loud and Clear expanded its floorspace (it now has 13 employees and is four times the size as when it started). It also began offering music lessons and “band camp” classes. Now, those classes culminate in monthly performances at Redwood Cafe, where friends and family can watch their loved ones live out their rock and roll dreams onstage.

As anyone who’s been in the store knows, Loud and Clear is a pet-friendly space. To that end, they host a fundraiser every month for local animal-focused nonprofits. The “Re-String Your Thing” events invite musicians to bring their instruments in for a restring in exchange for a donation to the nonprofit. Of course, as a full-service music shop Loud and Clear offers this service all the time, but on these special days it’s a special deal for the customer and all the money goes to the dogs (and cats, and birds, and bunnies, and, well you get the picture). So far, it’s resulted in thousands of dollars donated every year!

Loud and Clear is grateful for being a part of this wonderful and generous community and have donated equipment to musicians that lost everything in the fires, raised money for schools and helped fund the Rotary Backpack program that led to being given the Rotary’s Service above Self award.

Something you may not know about Loud and Clear, however, is their expertise in installing commercial audio and visual systems. Their team is responsible for the microphones, speakers, cameras, broadcast and more for the City of Rohnert Park, the Town of Windsor, Sonoma County Office of Education, Marin Clean Energy lots of schools and many other government and live music venues in the North Bay. Run and overrun by musicians, they’re not just about selling the gear to make music, but about getting that music heard onstage, and getting community messages to the people, loud and clear.

They’re thankful to have become a resource for all your musical needs. Whether you’re looking to buy gear, sell gear, take a class, or lessons, record your music, fix your amp, get a guitar setup, join their band camp or install a conferencing system for your office – Loud and Clear is here to help.